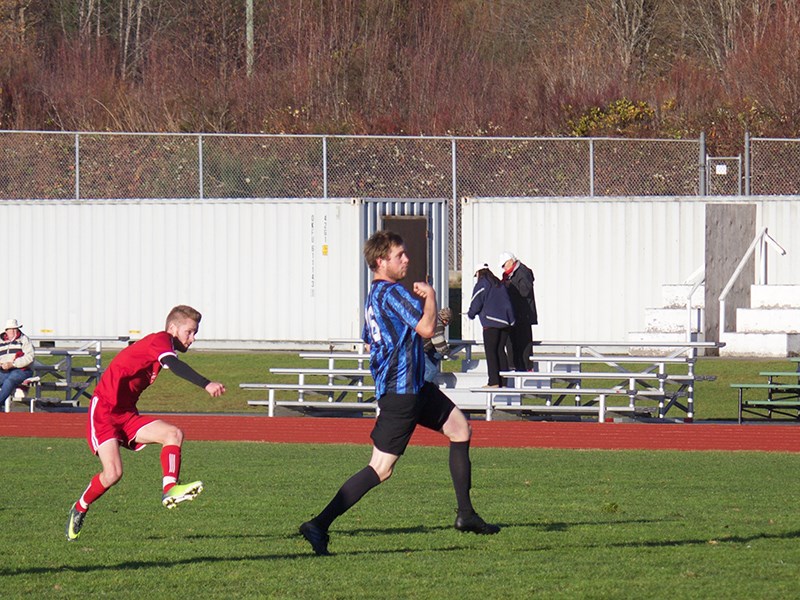 The quest for a BC Soccer Provincial B Cup begins for Powell River Villa soccer club on Sunday, April 22.

Villa earned an automatic bye into the round of 16 by virtue of winning the Vancouver Island Soccer League Division 3A championship for 2017/2018 and will play Fraser Valley Blue Devils.

Villa coach Chris McDonough said he knows nothing about the opponents.

“In this competition, sometimes you don't know really a lot about some of these teams; they're from four different divisions,” said McDonough.

While McDonough may be unsure about the  Blue Devils, he is certain about Villa.

“We have our full player pool available, including youth players,” said McDonough. “This is definitely the best player pool we've had in recent memory. I like our chances. We have a good squad.”

McDonough said he does not think Villa will suffer from the effect of not playing a game for two months. Players have been actively training in preparation for the provincials and those who were injured during the regular season are now healed.

If needed, McDonough said he will not have to search for substitutions from his bench. He has depth, he added.

“We have a really strong bench,” said McDonough. “There's not a lot separating the guys on the bench from of the starters. It's a nice problem to have.”

There is a risk of being overconfident. After claiming the Division 3A title, Villa was knocked out of the Challenge Cup tournament in a 2-1 loss to Victoria Castaways, a team that placed fifth in Division 3B. But McDonough said the lineup he had for that away game was one of the weakest of the season.

Villa has a favourable draw for the single knockout provincial tournament, with the first game in front of hometown fans at Timberlane Park. Game time is 1:30 pm.

If the team beats the Blue Devils, its second game, a semi-final, will also be played at home.

“It's a winner-take-all game,” said McDonough. “The excitement factor will be there.”

“Jake has been a pretty dominant player in the league this year,” said McDonough, “and this was voted on by all of the coaches in the league.”