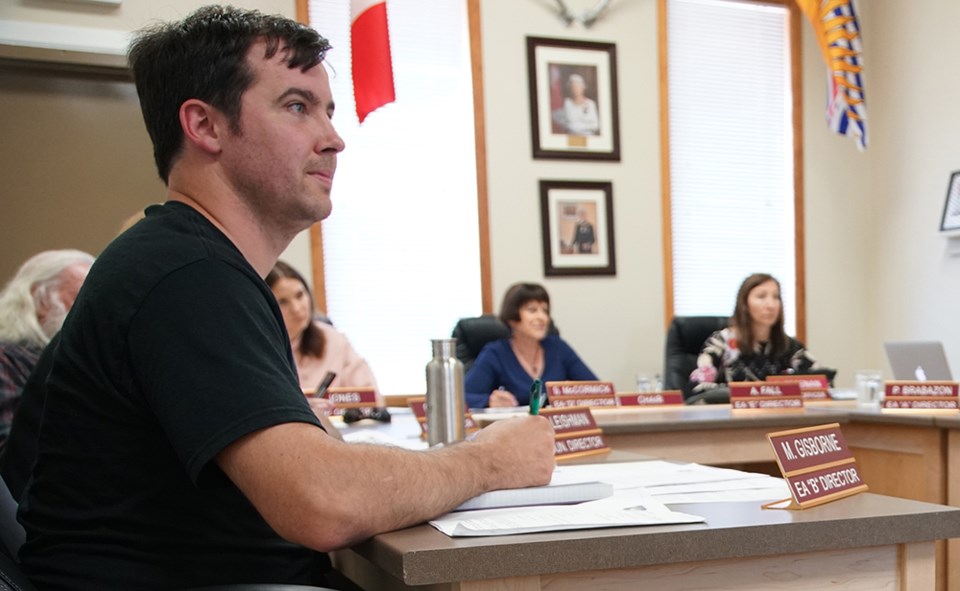 qathet Regional District (qRD) will receive the qathet regional housing needs report and publish it on its website for public access.

Staff members have also been directed to report on recommended next steps at a future committee of the whole meeting.

At the April 29 regional board meeting, directors considered the housing needs report recommendations. Electoral Area B director Mark Gisborne said he had opposed the matter at the committee of the whole meeting earlier in the month and had two issues with the recommendations.

“The first is that the report recommends the propagation of what I consider to be historical housing failures,” said Gisborne. “For example, setting the target for new housing projects to be purpose-built, affordable housing segregates communities based on wealth, moves low-income individuals into the urban core and drives investments and developments into the rural area.”

Regional board chair Patrick Brabazon said the motion was to receive the report and the board was not debating the contents of the report.

Gisborne said by his understanding of rules and procedures, if the board is going to receive a document, the contents of the document are subject to discussion.

“That is our job to discuss the document we receive and that we act upon,” said Gisborne.

Brabazon told Gisborne he could carry on.

Gisborne said the segregation drives urban sprawl, which takes time, but ultimately creates financial burden on the community after a number of years.

He said the other issue he had was that the report was tone-deaf to real, legitimate and proven solutions to housing affordability. He said a quote from the report indicated housing and working wages throughout the country, including the qathet district, are disproportional.

Gisborne said while he was at university, he lived in a variety of housing options, from sleeping in his car, to living in a hammock in the woods, to living with roommates. He said that while it was against the municipal bylaws, he also lived in a motorhome that was low-cost, low-impact and low-footprint. He said it was affordable, secure and safe. It was also banned by the local government’s bylaws.

“It was temporary for me because the local government had made it de facto illegal,” said Gisborne. “This report doesn’t mention low-cost housing, it mentions affordable housing. The presenter considered this type of housing with motorhomes and fifth wheels to be a temporary solution.

“If we follow this report, and implement the recommendations contained herein, it may release a small amount of pressure in the short-term, but I believe it will further burden the next generation. This report propagates the systemic failures of our past and it uses the same tools of segregation.”

Gisborne said he has been reading a book called The Color of Law and it talks about public housing. Public housing was originally intended for middle-class people, said Gisborne, and when it was changed to be low-income people, government evicted people who were maintaining the buildings and it created slums across North America.

“That is why I cannot support this report,” said Gisborne.

The board carried a motion to receive the report and publish it on the qRD website, with Gisborne opposed.

Board considers next steps

The board then considered a recommendation that staff be directed to report on recommended next steps.

Electoral Area E director Andrew Fall said once directors have a staff report they can think about what it means for this area regarding how it is localizing the way the challenge is addressed.

City director George Doubt said there is a real need in the regional district for housing for homeless people who are at risk and there is a need for housing that is affordable for working people who work in the low-wage sectors of the economy. He said young people who used to be able to afford to buy a house in this community are challenged to do that, so he thinks looking at recommendations for affordable housing is a reasonable thing for the regional board to do.

Gisborne said his concern with directing staff on the next steps is that they are going to be using the qathet regional housing needs report, which, he has stated, is misguided.

Brabazon said Gisborne was repeating himself and he ruled Gisborne’s comments out of order. Brabazon called the vote. The board carried the motion for the staff report, with Gisborne opposed.