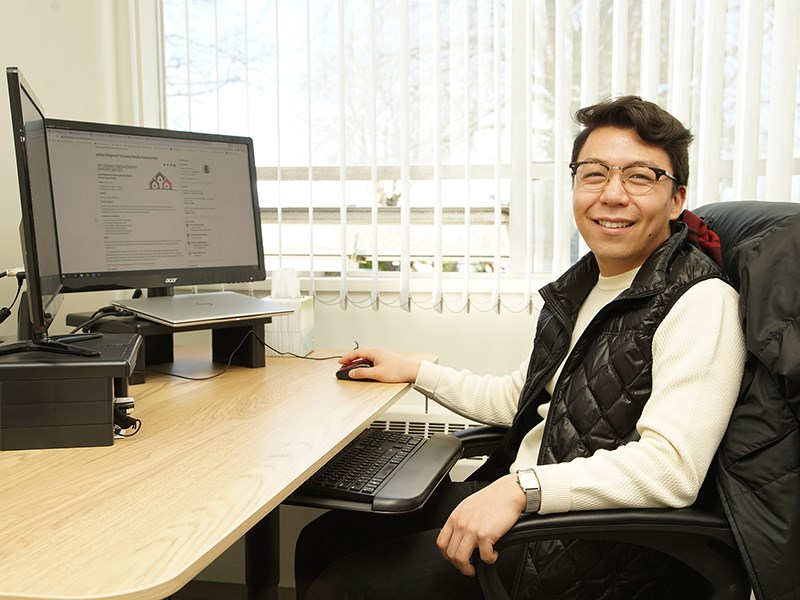 qathet Regional District board will receive a report outlining housing needs for the region.

At the April 15 committee of the whole meeting, regional social planner Kai Okazaki said the qathet regional housing needs report has resulted from great teamwork from qathet Regional District (qRD), City of Powell River and Tla’amin Nation. Okazaki said developing a housing needs assessment is identified in qRD’s strategic plan and is also a legislative requirement by the province.

Patricia Maloney, from Dillon Consulting, the consulting firm working with the three local governments, said electoral areas A, B, C and D were included in the study. She said the purpose of the housing needs assessment is to look at existing housing stock, look at future housing needs, and try to understand what needs to happen to ensure appropriate housing is available for the community.

Housing in the survey included high-end ownership to temporary shelters and everything in between, according to Maloney.

“We found the bulk of the consideration of the housing needs fell into the rental or affordable realm, but of course there have been implications of increased housing prices throughout the region that are impacting everybody,” said Maloney.

She said the study looked at affordability. The benchmark for affordability is 30 per cent of gross income on shelter. Income and employment is a very critical component, added Maloney.

Community engagement for preparation of the plan was required. For the housing needs assessment, for the three local government jurisdictions, an online regional housing needs survey was conducted in the summer of 2020, there were several one-on-one interviews conducted with people in the housing supply business, and three virtual roundtable meetings were held.

“We gathered quite a bit of information,” said Maloney. “One of the most successful parts was the online survey. We had 512 responses and 26 per cent came from regional district residents.”

While 76 per cent of respondents stated they would like to own their own homes, it was identified that there are many barriers to buying homes. The first was high housing prices, but down payment is also critical.

“While a household may be able to pay up to $2,000 a month for shelter, it can be very difficult to save up and have a down payment,” said Maloney. “Qualifying for a mortgage was a big barrier.”

Maloney said when asked if there is enough affordable housing in the region, a resounding 90 per cent of survey respondents said no. She said 31.5 per cent of renters were displaced in the past year, due to owners choosing to sell their properties, evicting people to bring in short-term rentals, or to bring in family to live in the houses.

Committee chair and Electoral Area D director Sandy McCormick said she doesn't know how needed housing units will be provided but the first step is identifying the need and to go from there. McCormick said it was a terrific report.

Electoral Area B director Mark Gisborne said he went through the report and wondered about motorhome and RV living as an alternative. He said he couldn’t find much in the report regarding that style of living.

Maloney said it would be considered as a temporary solution. She said it is a cost-effective interim solution but it doesn’t provide a long-term solution. She said parks for motorhomes and RVs are typically provided by the private sector and not the local government.

Electoral Area C director Clay Brander said housing needs studies will have to be refreshed every five years. This time around it was paid for by the province but in subsequent reports, it won’t be, he added. Brander asked if staff could do ongoing assessment so that in five years, perhaps the entire project would not have to be repeated.

Manager of planning services Laura Roddan said going forward, a solution will have to be found to fund these assessments.

“They are going to be important to inform our planning and we’ll have to budget for them,” said Roddan. “Perhaps we’ll be able to find grant funding to offset some of the cost.”

Brander said there were great suggestions in the report for what the regional district can do to help the situation. He said qRD could also advocate on a provincial level for affordable housing in the area.

The committee recommended the regional board receive the qathet regional housing needs report March 2021 to inform and guide, and that the report be published on qRD website for public access. Gisborne was opposed.

The committee also recommended the board direct staff to report on recommended next steps at a future committee of the whole meeting, with Gisborne opposed.