Rental development in Powell River to go to public hearing 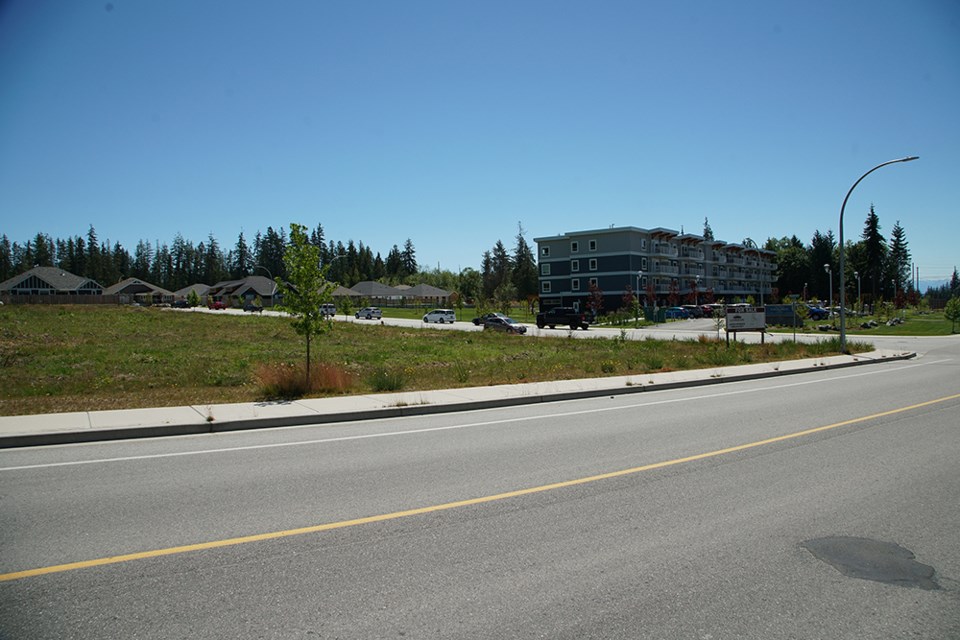 APARTMENT PROPOSAL: City of Powell River council heard from a developer who wants to build a 141-unit rental multifamily complex in the Edgehill neighbourhood at Joyce Avenue and Edgehill Crescent. Paul Galinski photo

A public hearing will be scheduled for a proposed rental housing development to be located on Joyce Avenue and Edgehill Crescent in the Edgehill neighbourhood.

Giese said his company had updated its housing agreement principles letter and is able to offer a few more suites dedicated for lower-income renters, which he believes bumps it up to 10 per cent of the units. His company voluntarily offered to provide the units at a reduced rate.

“We are very much looking forward to working in your beautiful community and I think our proposal would be a great addition to the community,” said Giese.

Mayor Dave Formosa said prior to the council meeting, he had phoned Giese regarding a letter Giese had sent to the city outlining his company’s commitment to offering a portion of the suites at a reduced rental rate.

“You and I had a nice long chat about it,” said Formosa. “I reiterated to you that it was a new zone, one that we really weren’t familiar with. We learned that the offer [for the reduced-rate units] was made by you to create small studios that are more affordable.”

Giese, in a proposal reviewed by the city’s committee of the whole on June 1, had outlined that his company was prepared to offer 10 suites at a reduced rate for a 10-year period. Councillors expressed concerns about the number of suites being offered, and about the 10-year duration of the reduced rental fee.

Formosa said Giese wanted to speak to the fact that once the 10 years is up, his company has to adhere to strict rules regarding rental rate increases.

Giese said his company would not be able to increase the rental rates to the market rent of the day after the expiration of 10 years. He said that arrangement defaults to the province’s Residential Tenancy Act, which has allowable annual increases he is mandated to follow.

“It’s still very much protected through the duration,” said Giese.

Councillor Cindy Elliott said the new offer of 14 units is really generous and she appreciates that.

“The rental accommodation will be popular and much-needed in our community so I’m in favour of moving forward to consider the project,” added Elliott.

Councillor Maggie Hathaway said she wanted to apologize because this is new zoning and she thought there was a standardized housing agreement that went along with the zoning.

“I initially had no idea that you, of your own volition, made this offer to us,” said Hathaway. “I want to thank you very much for that. I’m looking forward to seeing this building come to fruition.”

Councillor George Doubt said he is sure Giese is aware there is a shortage of housing in the city.

“There is more demand than supply,” said Doubt. “It gets tougher, frankly, as you go through different levels of housing affordability. When you get to rentals, it’s extremely challenging to get rental housing in the City of Powell River. Affordable rental housing is even more difficult.

“I’m a believer in mixed-housing developments, where you put affordable housing in buildings and in neighbourhoods with other classes of housing. It creates healthier neighbourhoods. I’m excited to see this going to a public hearing.”

Doubt said he appreciates Giese’s good faith offer that he made on his own to change the number of units as reasonably affordable housing from 10 to 14.

“You didn’t have to do it but you have and it’s the kind of thing good citizens do,” said Doubt.

Councillor Jim Palm said he values Giese coming to Powell River to build such a facility because it has been a long time since a development such as this has come to the community.

“We very much value what you are going to do to help us on the housing front,” said Palm.

Councillor Rob Southcott said the need for rentals in this community is significant and has been for a number of years. He said when one can be proud of the place they live in, it really is much more likely to be home.

“Everything I’ve read really does suggest that,” said Southcott. “There are hardwood floors, laundry and dishwashers in all of the suites, even down to the really small ones, and amenities for everyone in the development, which includes a gym, a coworking space. Also, there are facilities for bicycles and community gardens and storage.

“When you put all of these things together and put them on top of the fact of where the location is proposed to be, you end up with a whole bunch of sustainability factors that are significant.”

Southcott said it was a progressive proposal and is what the community needs.