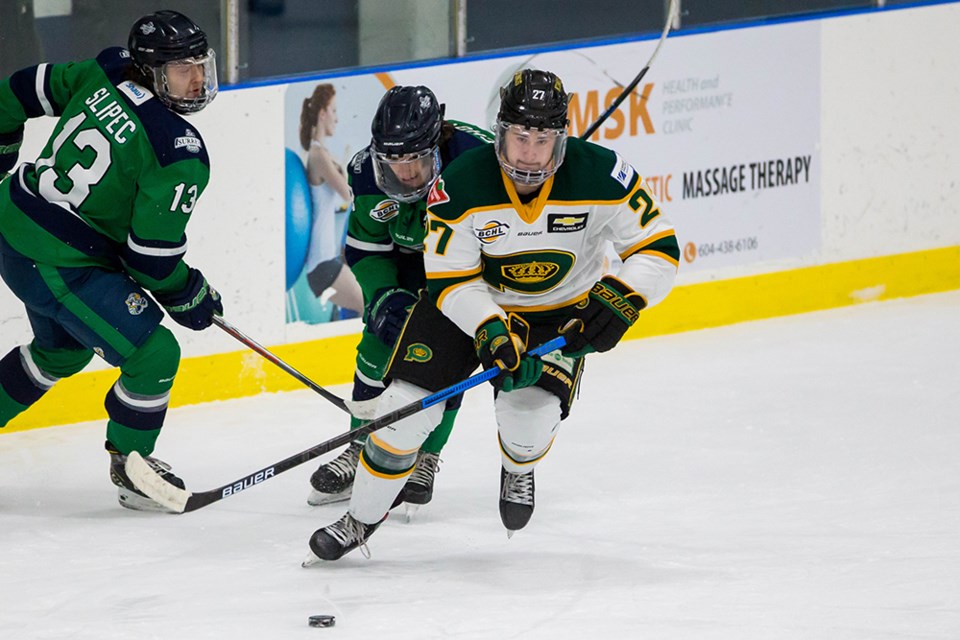 For the second time in six days, Surrey Eagles skated to a decisive victory over Powell River Kings.

Powell River was looking to respond to an 8-1 loss to Surrey on April 10, but succumbed to a similar fate on April 16, falling 9-3 in a BC Hockey League contest held in Burnaby.

After a promising start, with Adamo Santia and Josh Kagan setting up Ben Raymond’s third goal of the season to give the Kings a 1-0 three minutes into the game, the Eagles responded with three goals in just under three minutes to take a 3-1 lead after 20 minutes.

Surrey opened up a 4-1 advantage early in the second period before goals from Dawson Milliken and Kagan cut the lead to 4-3. Before intermission, the Eagles scored twice to restore the three-goal lead, then added three more in the third period enroute to their third win in four games against the Kings this season.

Thomas Wardle and Jokob Drapeau shared goaltending duties for the Kings, combining to stop 27 of 36 shots in the game.