Sarah McClean, along with business partner Mike Salome, opened Costa del Sol in 2012, which was followed by Coastal Cookery two years later, and Culaccino became the third establishment in 2017 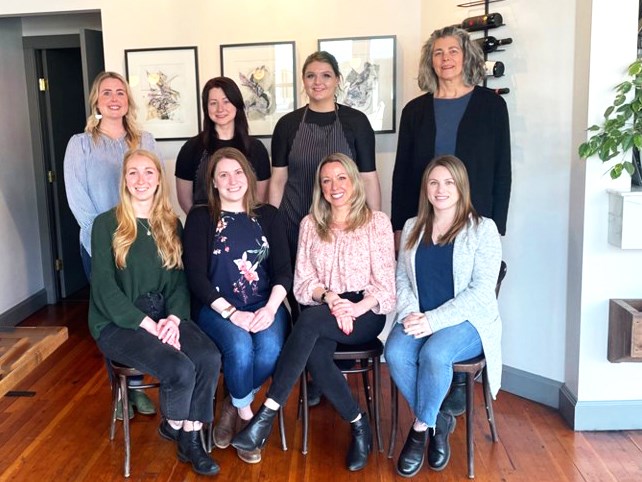 Sarah McClean remembers the quiet Sundays when she had time to sit down, catch up and read a good book while waiting for customers to arrive at her restaurant.

That was nine years ago.

Today, Sundays are one of the week's busiest days for her and her team of employees, who run three bustling restaurants in Powell River under the Point Group Hospitality banner.

"Seeing the changes in the community since I moved here in 2012 has been incredible," McClean says. "The COVID-19 pandemic has been a bit of a pause, but our community has stayed supportive the whole time."

Much of the success she's earned over the years has come with the help of her all-female, front-of-house management team, who oversee all three locations.

McClean, along with business partner Mike Salome, started with Costa del Sol in 2012. That was followed by Coastal Cookery two years later, and Culaccino became the third establishment in 2017.

In the intervening years, she somehow found time to have two children.

"I don't recommend doing it that way," McClean laughs. "It was a busy five years, but now, it is funny to think back on how I did it. It was kind of insane, but the kids are great, and the restaurants are successful."

Much of that achievement is owed to her crew of employees, who provide an unspoken understanding and supportive environment for each other, she says.

"The men on the team are just as important, but the women are impressive and extremely capable," McClean says. "They are all very hard-working and have this underlying notion of the unique struggle that other women experience."

It cultivates a unique sense of unity.

"There's a lot of ways we support each other," she says. "We know how to be there and help. It takes women to support women so we can accomplish all the things we believe we need to as parents, educators, and business owners."

McClean remembers her career in restaurants before settling in Powell River as male-centric.

"It used to be the A-type, strong, egocentric, outgoing men who typically would get promoted before a creative-minded, empathetic woman," she says. "So, I feel proud of the fair and equitable environment I have provided for my team.

"And the women who have been interested in working for me have done so because they have seen the succession plan where other women have progressed."

For more information about the three restaurants managed by McClean and her team, visit pointgrouphospitality.com.