Debbie Dee knew she was on to a “hot” new idea pretty much from the get-go. 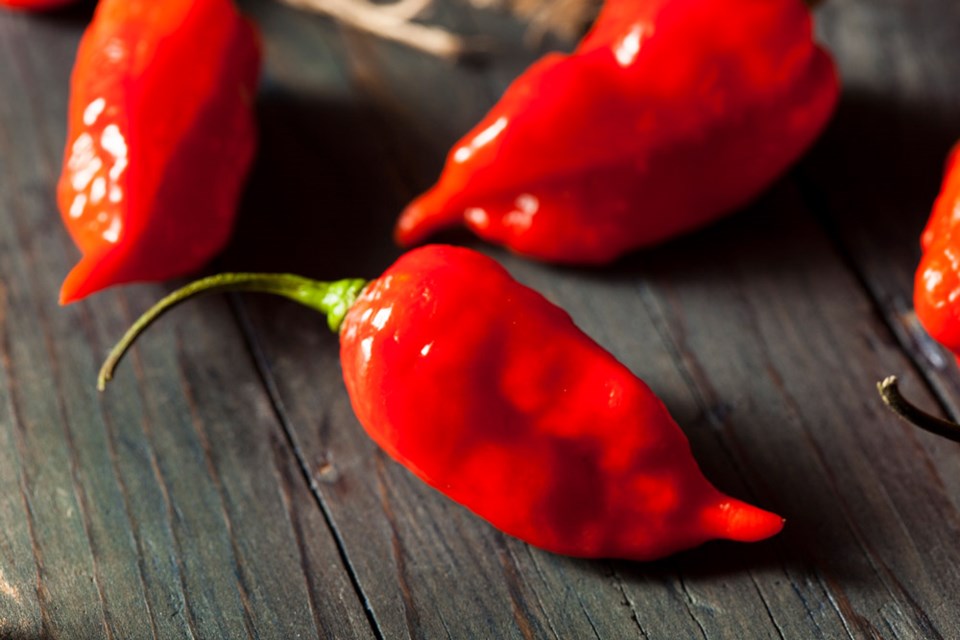 Debbie Dee knew she was on to a “hot” new idea pretty much from the get-go.

Dee, the executive director of the Powell River Brain Injury Society, got the ball rolling in 2015 on a work experience project for her clients to grow spicy varieties of peppers at the society’s small garden area and then have them cook and bottle the hot sauces that came with inspired recipes.

“We ended up building a wheelchair-accessible, 4,000-square-foot garden with a gazebo, three greenhouses, raised beds and a shed,” Dee says. “Along the way, we developed a knack for growing peppers.”

So, one year, through a federally-sponsored training program, some hot sauces were made that drew rave reviews and calls for more.

That’s when Dee set up a social enterprise to be incorporated in following year’s training program that was originally called Brainiac’s Hot N’ Saucy, with profits turned back into the program.

That lasted three years, after which Dee kept the process going by personally funding the endeavour and turning it into a private business. “We tweaked the recipes, continued to provide employment for people with disabilities and carried it on,” Dee says.

Today, the business is known as Hot n Saucy Gourmet Flavours and still employs some former brain injury society clients while funnelling part proceeds back to assisting the organization.

And it features some tantalizingly named products that have developed such a large following that the business now taps into the habanero and ghost pepper market grown by local farmers to meet demand.

Seven products are currently available. Among them are hot sauces with mango and pineapple, tequila, blueberries, and tandoori spice and ale.

But aside from the growing popularity of the hot sauces, Dee says the core benefit of the business remains the experience the society’s former clients receive.

“The work provides them with an increased sense of self-worth and purpose,” Dee says, adding some previous clients have gone on to produce their own products that have been featured at the local farmer’s market.

“That’s because once they’ve gone through this experience and see they can do the work, they have developed the confidence to try something on their own,” Dee says. “It’s so wonderful to see.”