Possibility of relocation pulls one candidate from race
Feb 7, 2019 7:50 PM By: Alexander Cosh 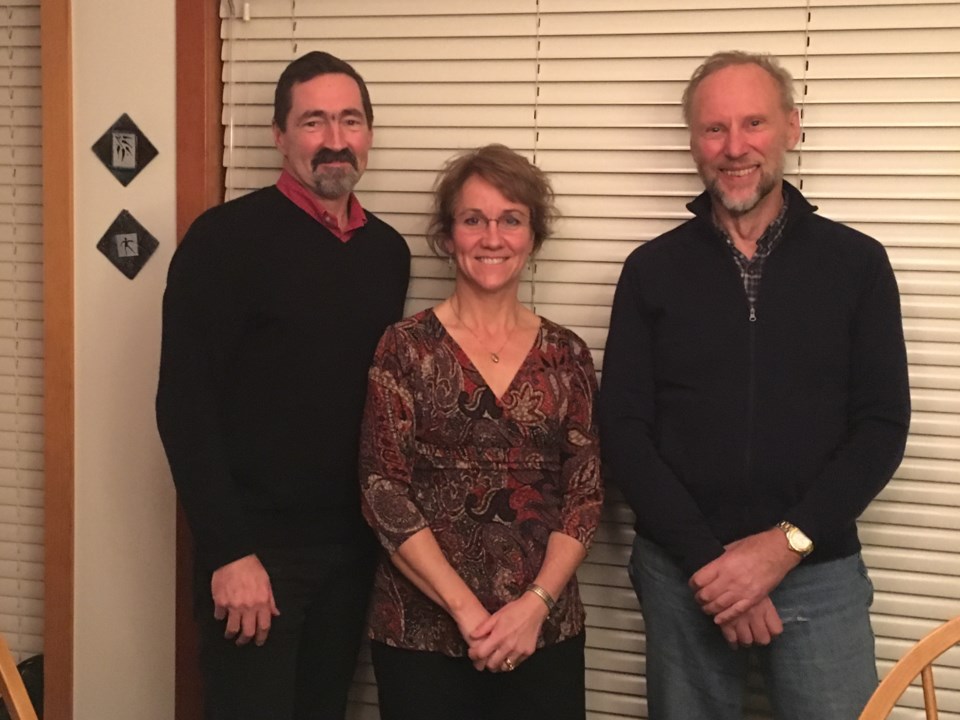 STEPPING UP: Blair Cusack [left] and Mark de Bruijn are candidates for the North Island-Powell River federal Green Party. Sandra Milligan pulled her name from the list, but all three agree enthusiasm is high in the party’s ranks. Cusack and de Bruijn will visit Powell River Sunday, February 10, for a meet and greet. Contributed photo

Two candidates have been announced by the North Island-Powell River Green Party Association. Mark de Bruijn and Blair Cusack are competing for the party’s nomination in this fall’s federal election.

Three candidates were originally running, but Sandra Milligan, a biology instructor and recipient of several environmental accolades, withdrew after deciding she couldn’t commit to relocating to Ottawa.

Nonetheless, Milligan and the two remaining candidates agree there is a streak of enthusiasm running through the party’s ranks. They hope to engage as many local voters as possible in the nomination process.

“One of the core values of the Green Party is everyone in the community should be involved in the political process,” Milligan said.

de Bruijn, who is also the chief executive officer for the party’s North Island-Powell River association, said he thinks another key value of the Greens that sets them apart from other parties is their willingness to seriously address climate change.

“Without question, the overriding issue is climate change and global warming. Solutions to other issues grow out of what we do or don’t do about climate change,” he said.

“Taking steps to reduce carbon emissions would demand enormous changes in our values, and the wealthy in our society are highly resistant to that,” he added.

de Bruijn, while paying deference to his competitor’s credentials, said he believes he is best qualified to carry his party’s nomination.

“I’ve been very involved most of my working life in things like community building and sustainability,” he said. “The skills, knowledge, experience and connections that I’ve built over the years are what I bring to my potential candidacy.”

Cusack, who spent a number of years working in the petroleum and hydroelectric industries, said he thinks there is an emerging interest and enthusiasm for green politics throughout the world.

“There’s a growing awareness that the environment is in fact the single most important issue facing not only humanity, but also our local communities in the short term,” he said. “Other parties talk a pretty good talk, but when it comes to actually doing things about the environment they’ve been somewhat remiss.

“Using the old petroleum-based economy to satisfy needs for employment and investment is just not the right way to go,” he added. “We need to look for a transition to the renewable sector.”

Megan Ardyche, the association’s director of communications, said she hopes her party’s candidates can persuade voters to disavow strategic voting and cast a ballot for the Greens instead.

“Strategic voting hasn’t gotten us where we keep hoping it will get us,” she said. “We won’t ever bring in a government that addresses the crises facing us unless we vote our conscience.”

Voters in Powell River are invited to attend a meet and greet event with the candidates from 2 to 4 pm on Sunday, February 10, at Powell River Public Library. The official nomination will take place at 2 pm on Sunday, March 10, in Campbell River. In order to cast a vote in the nomination process, voters must live in the riding and be members of the Green Party.