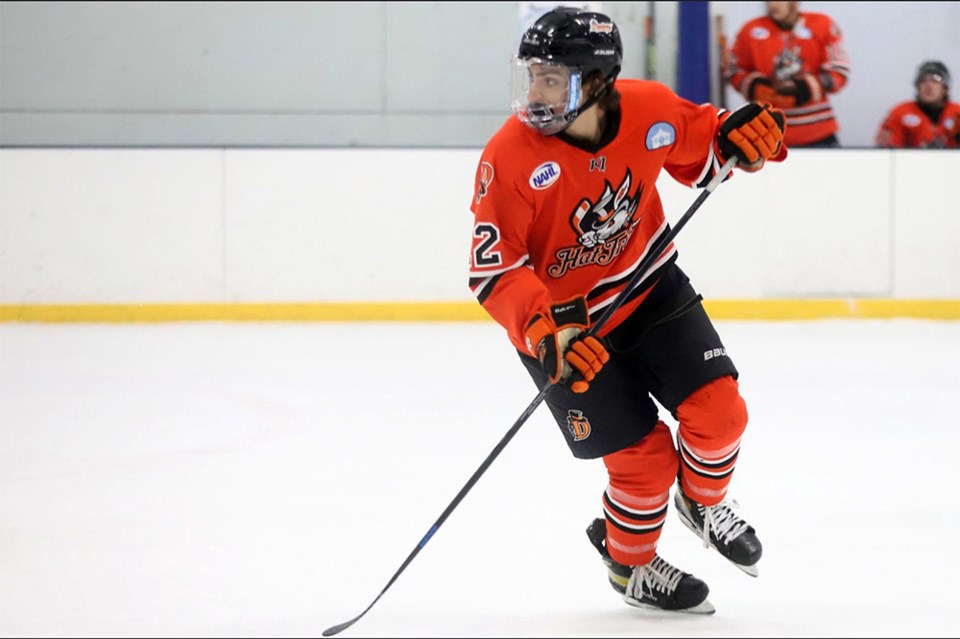 UCONN COMMITMENT: Prior to joining University of Connecticut, forward Mark D’Agostino will spend a season in the BC Hockey League with Powell River Kings.Team Shred Photography

Powell River Kings have added another forward to their 2021/2022 roster. The commitment of Mark D’Agostino was announced on Wednesday, June 16.

“Mark is a versatile forward who can play in all situations and has a good nose for the net,” stated Kings' general manager Chad van Diemen in a media release.

The six-foot forward from North Branford, Connecticut, has committed to the University of Connecticut (UCONN) hockey program.

“We are excited that he chose to play in Powell River for his final season of junior hockey before he heads off to UCONN,” added van Diemen. “We look forward to working with him to help him develop on and off the ice so he is ready to step in and contribute when he gets to college.”

D’Agostino scored 16 goals and added 20 assists in 45 games with Danbury Jr. Hat Tricks in the North American Hockey League (NAHL) this past season, fourth best on the team.

“This will be an awesome opportunity,” stated D’Agostino. “The coaches at UCONN could not say enough about the staff and development with the Kings and helped me get in contact with the team. I am excited to get out to Powell River for the season.”

Over four seasons of high school hockey at Frederick Gunn School, D’Agostino was nearly a point per game player, with 121 in 129 games, including 51 goals, and won a state championship in New England.

Powell River is scheduled to open its 2021/2022 season at home against Nanaimo on October 8.