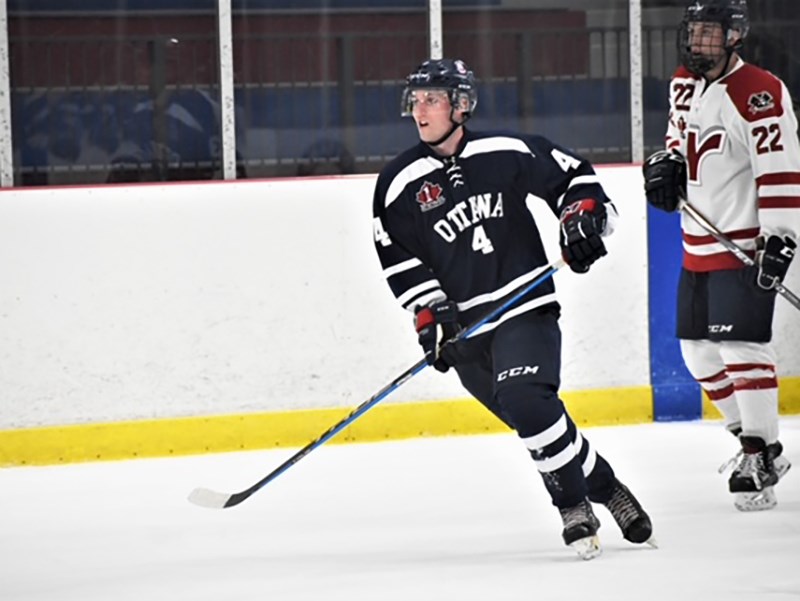 A forward listed as a player to watch by NHL Central Scouting this past January will join Powell River Kings for the 2021/2022 BC Hockey League season.

Kaleb Nelson was acquired via trade with the Central Canada Hockey League’s Ottawa Jr. Senators, who signed the prospect in March. He also scored once and added an assist in six games played in the United States Premier Hockey League last season.

“Kaleb will be a great addition to our forward group; he skates very well and thinks and plays the game at a high pace,” stated Kings general manager Chad van Diemen in a media release. “Adding Kaleb makes our team better."

In his first full season of junior hockey (2019/2020), Nelson scored 11 times and added 13 helpers while suiting up in 50 games with Aurora Tigers (Ontario Junior Hockey League). He also racked up 112 penalty minutes.

"He’s a good young player with junior hockey experience," stated van Diemen, "and we look forward to working with him to ensure he’s ready when he goes to Providence College.”

Kings sent the playing rights to defender Philippe Jacques to Ottawa in exchange for Nelson, who is six feet tall, weighs 170 pounds, and is from Kewwick, Ontario.

Powell River Kings add to blueline corps for next BC Hockey League season
May 26, 2021 4:15 PM

Powell River Kings’ forward Caleb Parkhouse describes a hockey season like no other
Apr 23, 2021 10:00 AM
Comments