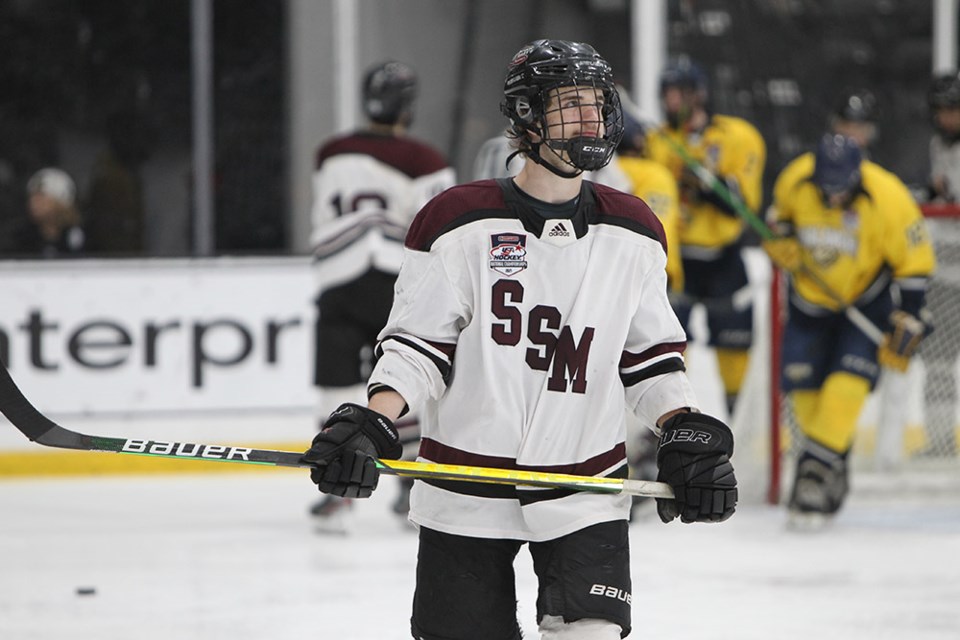 Powell River Kings have added a defender to their 2021/2022 roster.

“I am super-excited to be joining the Kings and playing in the BCHL next season,” stated Aman in a media release. “Coming to Canada and playing in Powell River will be an experience that I am looking forward to. I can’t wait to meet the coaching staff and players and get settled in town.”

Aman, who was born in 2003, is from Johnstown, Pennsylvania.

“We are excited that Casey has chosen to play his junior hockey with the Kings,” stated Chad van Diemen, the club’s general manager. “He is a very responsible defenceman who plays solid in all three zones. He sees the ice well, makes smart plays with and without the puck, and is a difficult player to play against. We look forward to working with Casey on a daily basis when he arrives in September.”