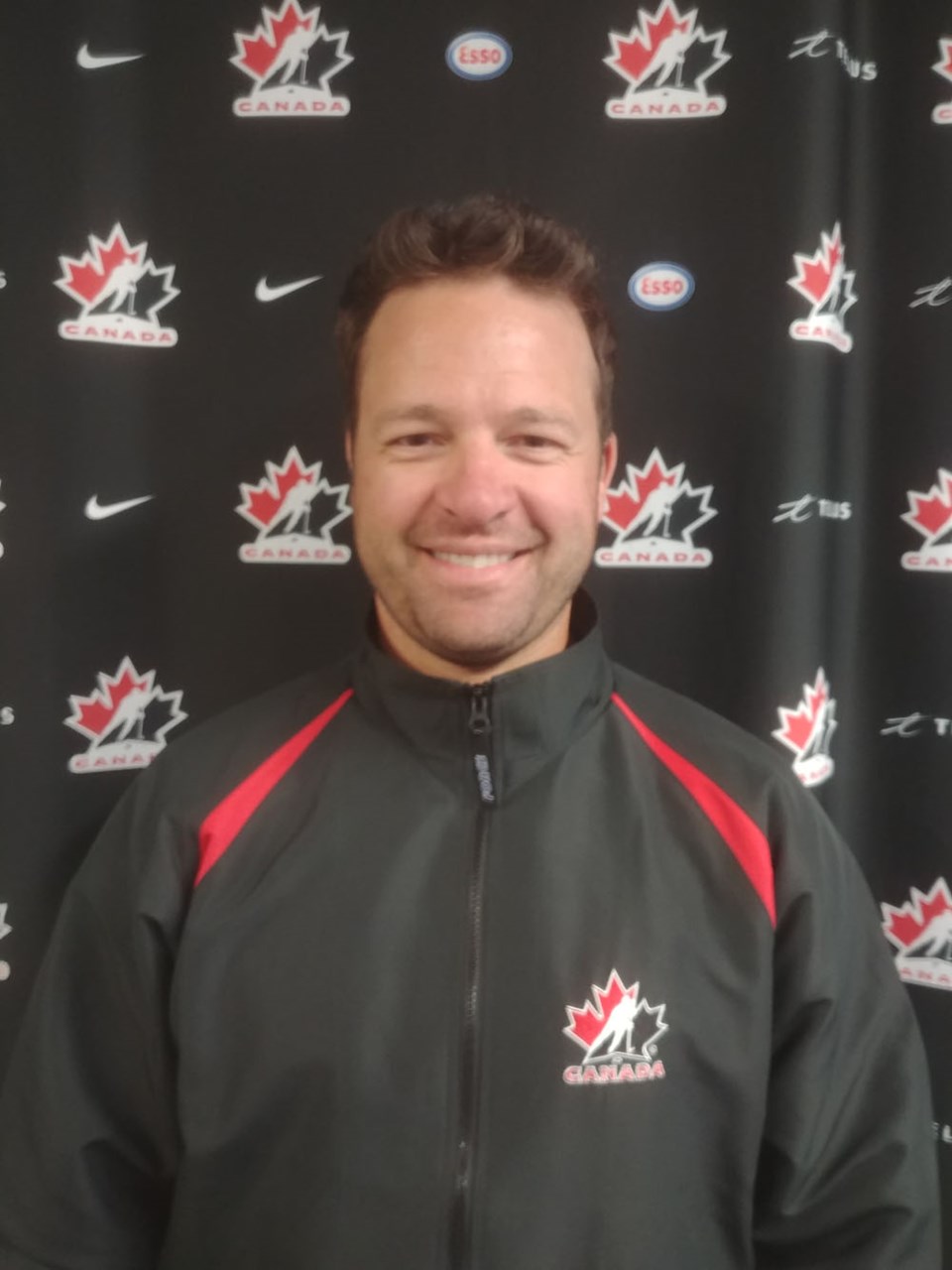 Powell River Minor Hockey Association coach Joe Caldarone has been professionally certified as a Hockey Canada skills coach, making him one of just two coaches with that credential in the Lower Mainland and Vancouver Island regions.

“I’m very honoured and proud to have been able to achieve this status as it was quite a bit of work,” said Caldarone.

The certification process, explained Caldarone, began in 2019 when he attended a week-long training seminar in Calgary, Alberta. After returning home, Caldarone had to design practice and seasonal plans, video-record himself leading a skills-training session, and put together a coach’s clinic for Powell River Minor Hockey Association.

“The purpose of the clinic was so we can educate our coaches on how to coach today’s player, so we’re all on the same page and all have the same continuity and way we coach in our philosophies,” said Caldarone. “It’s all about the kids and developing our players to play at the highest level possible, and have fun doing so.”

While the onset of the COVID-19 pandemic delayed the certification process, Caldarone received the credential last month. His role in the Powell River association, explained Caldarone, is to develop individual players’ skills so when they play for a team, they can play the team’s system.

“I work with the head coach of a hockey team to make the individual players’ skills better, and the head coach’s job is to make the team better, so we kind of work together that way,” said Caldarone. “The job of a skills coach is to help the player develop those skills so it translates to game-transferable skills.”

According to Caldarone, hockey players develop at a much faster pace today than they did in years past, meaning specialty coaches are needed to refine the skills of young players, some of whom are making it to the highest level of the game in their teenage years.

“The game has evolved, so this job that I’m doing now, it never existed 10 years ago,” said Caldarone. “The goal now is to start to implement these skills and tactics at a very young age, I’m talking seven, eight, nine years old, so that when they become teengers they’re already well-advanced and ready to play at the next level, wherever that takes them.”

As well, added Caldarone, young players find it rewarding when they see their skills-training pay off during games.

“If a player can take those skills worked on in practice, and all of a sudden it happens in a game and turns to magic, that’s where the kid really gets excited about practicing, because he or she knows it’s going to help in a game situation,” said Caldarone.

With the hockey season scheduled to start up again in September, Caldarone will be helping players develop core skills, including skating, puck control, passing and receiving, and shooting, as well as more tactical skills, such as coaching defenders to use skating maneuvers for deception.

Caldarone said he is grateful for the support he has received from the association and volunteer coaches.

“I thank [Powell River Minor Hockey Association director of operations] Rick Hopper, for mentoring me and noticing that I had the passion for the game, and also my volunteer coaches,” said Caldarone. “I had a lot of help this year; I’m only one guy, and to work with 14 or 15 kids at the same time is challenging in an ice session. Our association, it has to be a team, from the president right down to the players. We all work together.”

Hopper said Caldarone’s certification is well deserved and good news for the association. He explained that minor hockey is typically coached by volunteers, who are often players’ parents and don’t necessarily have formal coaching credentials.

“Now with Joe, we have a professional, certified and trained, who will work with all our kids, so everybody gets the advantage of that,” said Hopper. “We’re lucky we had a guy of Joe’s calibre who was motivated to get it and had the time to get it, and wants to make it part of his living.”

Nonetheless, Hopper said association members already had high regard for Caldarone before he received the Hockey Canada certification.

“The fact that he’s getting certified won’t raise him up as far as esteem or anything in their eyes, I don’t think,” said Hopper. “I think he’s already valued amongst all our members.”

“Having Joe involved, he probably did 60 per cent of our practices with our kids, plus with our coaches, but to be able to do that over the course of the year, it takes time and expertise, and most of our coaches, they work, they’ve got other jobs,” explained Hopper. “We were really fortunate and it worked out well for us last year, which bodes well for the future.”

Hopper said he looks forward to seeing how the training pays off next season.

“We’ll get going in September; it’ll be really interesting,” added Hopper. “If everything goes to plan, we’re back in the race. On behalf of minor hockey I’d really like to congratulate Joe for all his hard work and perseverance.”