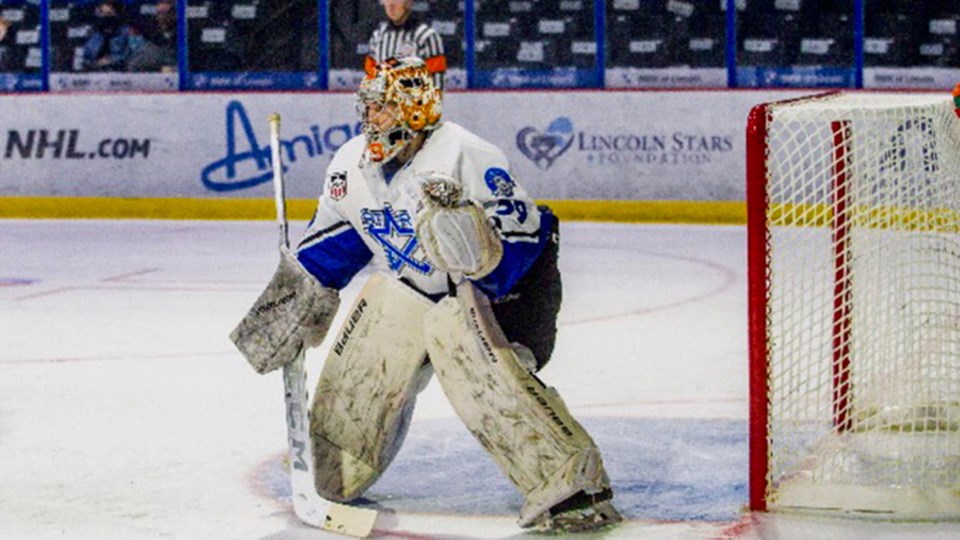 Powell River Kings Hockey Club has added a goaltender to its roster for the 2021/2022 season.

Zak Brice will suit up for the BC Hockey League (BCHL) club after an injury limited him to just three games during the 2020/2021 hockey season, including two in the preseason with Lincoln Stars of the United States Hockey League and one with Aberdeen Wings of the North American Hockey League, both of which are junior hockey circuits.

“I am very excited to join the Kings and play in the BCHL next season,” stated Brice in a media release. “I had a chance to familiarize myself with the team by talking to the coaching staff and it has been all good. From what I have read, Powell River looks like a great place to live as well, so it will be exciting to see how the year goes.”

Brice is from Fairbanks, Alaska, and was born in 2003.

“Zak is a very athletic goalie who is super competitive,” stated Kings general manager Chad van Diemen. “He had a bit of a tough season with an injury and not being able to play games. He has worked very hard with his practice time and has put in a lot of work with his goalie coaches to be ready for game action this coming season.”

Brice is committed to the hockey program at Arizona State University.

“We are looking forward to Zak coming in to play in Powell River,” added van Diemen, “and working with him every day to help him prepare for the jump to Arizona State.”