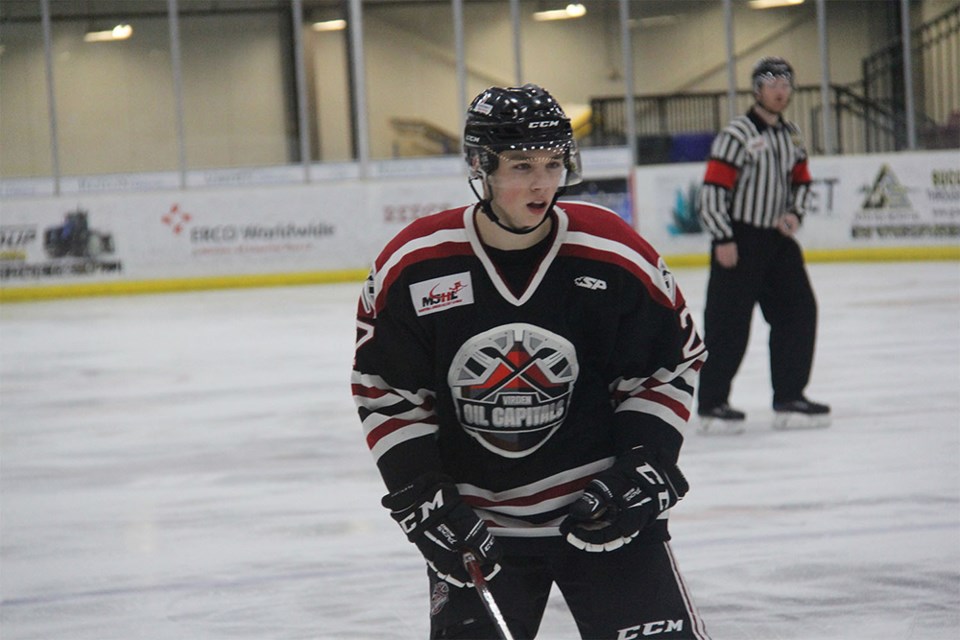 For the second day in a row, Powell River Kings added a forward to their lineup for the 2021/2022 BC Hockey League season, this time via the trade route.

The team announced the acquisition of Hunter Andrew from the Virden Oil Capitals of the Manitoba Junior Hockey League (MJHL) in a media release on June 17.

“Hunter will be a big addition to our forward group,” stated Kings’ general manager Chad van Diemen. “He is a very competitive player who is difficult to play against and can make the best of tough on-ice situations.”

Andrew started the 2020/2021 campaign with his hometown Oil Capitals, appearing in seven games, scoring a trio of goals and adding an assist before the MJHL cancelled the rest of its season due to COVID-19. He finished the season with Charlotte Rush of the United States Premier Hockey League, averaging a point per game in four regular season games played and scoring once in seven playoff games en route to winning a national championship.

Andrew also suited up for the Oil Capitals for his rookie season of junior hockey in 2019/2020, playing 59 games and contributing offensively with 13 goals and 17 assists.

“He will make us better and harder to play against, which was a goal of ours as we look ahead to next season,” added van Diemen.

Prior to entering the junior hockey ranks, Andrew collected 63 points in 92 games over two seasons with Southwest Cougars of the Manitoba AAA U18 Hockey League.