Coquitlam Express come from behind in third period to secure win
Apr 3, 2021 5:13 PM By: Shane Carlson 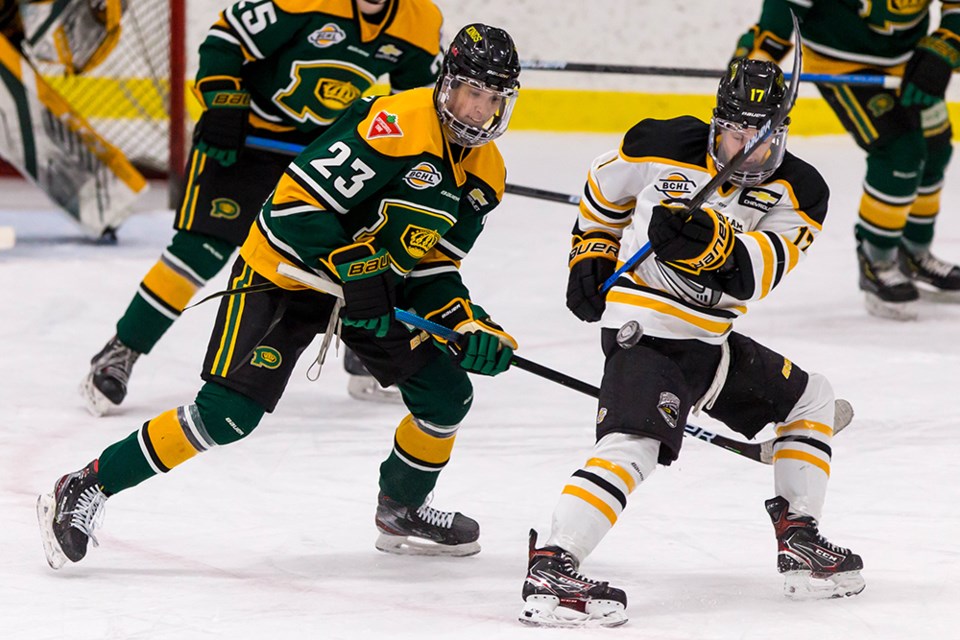 After a 393 day break due to COVID-19, Powell River Kings returned to the ice on April 3 for their first game of the season.

The BC Hockey League contest was held at Scotia Barn in Burnaby, with Coquitlam Express labelled as the home team.

Kings led 1-0 after 20 minutes and scored again early in the second period to take a 2-0 lead. The teams exchanged goals prior to the midway point of the period before the Express exploded for three more goals to take a 4-3 advantage heading into the final frame.

Josh Kagan scored his second of the game for the Kings 21 seconds into the third period and his team took the lead 2:50 later courtesy of Adamo Santia’s first goal of the season. Coquitlam responded on a power play just over a minute later in the see-saw battle, then Kagan completed his hat-trick, giving the Kings a 6-5 lead, their last of the game.

In a span of 1:42, Coquitlam capitalized on another power play, then added the eventual winner at the 12:49 mark for a 7-6 win.

Ben Brunette and Nolan Krogfoss were the other goalscorers for the Kings, who will face Surrey Eagles on Sunday, April 4, also in Burnaby.

Kagan was named the game’s second star behind Coquitlam defender James Bohn (first), who scored the winning goal, and ahead of Coquitlam forward Sam Marit (third).

Powell River, Coquitlam and Surrey will remain in the Burnaby pod for the shortened BCHL season, facing each other 10 times over the next five weeks.